Freeze Put Your Hands Up 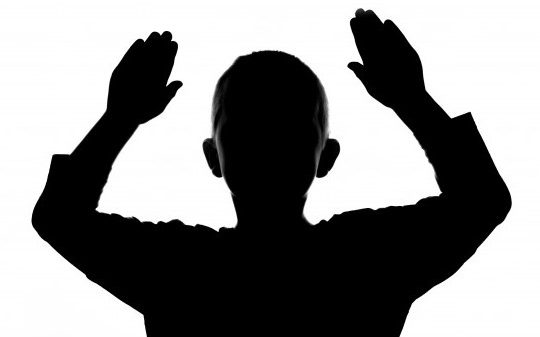 Freeze…Put your hands up; most of us would have heard this on some particular cop show going all the way back to our early years of television viewing.

I can honestly say I’ve heard these words said to me on more than one occasion.
I’ve had them said to me due to the things that I have done wrong which have landed me in custody serving my IPP sentence; also I have had them said to me when it was time to take responsibility for my actions i.e. just put your hands up and take responsibility for what you have done and the people you have hurt and the victims you have caused along the way on your path of destruction.

I can only and will only apologise to all my victims past and present that I have ever caused harm too, upset or given grief to in my life and hope they can one day find it within themselves to forgive me for the things I have done.

I am a very lucky person because I know one of my victims has forgiven me, he has moved on with his life, and I am very grateful for that and I thank him for that.

I have taken full responsibility for what I have done and never in all my time since I was sentenced, ever thought I would be sat here 13 years later pleading for mercy, forgiveness and once again trying to secure my freedom.
When I was sentenced to my IPP I pleaded guilty at the court and received full credit for that however it was decided by the judge that I should be handed a 2-year IPP sentence. At that time I did not really know what an IPP was and not in my wildest dreams did I think I’d still be sat in here 13 years later with it still hanging over me like the massive dark cloud that it is.

Again I can only reiterate that I have made mistakes along the way in my life and again I take full responsibility for all my actions and my stupid, reckless, thoughtless decisions. But now I sit here pleading for those at the top to start taking some responsibility for the mess created by the IPP sentence, what it has done to the justice system, how it has only back logged the parole board system and how it has destroyed many relationships, broken families and took so many lives along the way.

Hundreds of lives lost due to the pressure of this sentence, the unknown, never knowing if you will ever be released again to your loved ones, children and families.

This IPP sentence is torture, it’s a sentence like no other and to try and put it into perspective we, and by we I mean people who are inside serving it call this sentence the British version of the death sentence due to the hopeless nature, the unknown and the amount of people who are cutting up and taking their own lives.

Why? Because it was not done retrospectively so all those who were handed them including myself are left in legal limbo, it’s accepted it was unfair but we the very people that the decision was made about, the statements were made about didn’t qualify for the change as at the time it was legal.

So, we believe now more than ever, it is time to ‘FREEZE and put your hands up’, and for those in charge to take responsibility for the destruction this sentence has caused to the justice system, to the families who are involved who have not committed any crimes but only stand with us and live through the despair of this unlawful sentence. IPP is expensive, its costs approximately £50,000 to keep an IPP in custody each year, could some of that money be spent with more benefit in our communities?

It is a stain on the justice system and the values our legal system holds.

I have taken and I am taking full responsibility for my crimes, my poor decisions; thousands of others are taking responsibility for their own crimes and poor decisions ;thousands of families are hurting, tortured mentally and being punished not for the crimes they have committed or actions they have taken but for having a loved one, a child, a family member stuck in the system with an IPP attached to them and not giving up on them whether that loved one be that still in custody or upon release.

So Let’s begin to make that change and let’s do it together; let’s stand strong, let’s be UNITED and let’s make the justice system fair for us all.

Thank you for your support.